Joshimath is a holy town situated in the Chamoli district of Uttarakhand. Earlier known as Jyotir Math, it is discovered by Adi Guru Sri Shankaracharya in 8th Century AD and known as one of the four ‘Maths’. Among Hindus, it is the highly revered place and every year, it receives the inbound of thousands of pilgrims. 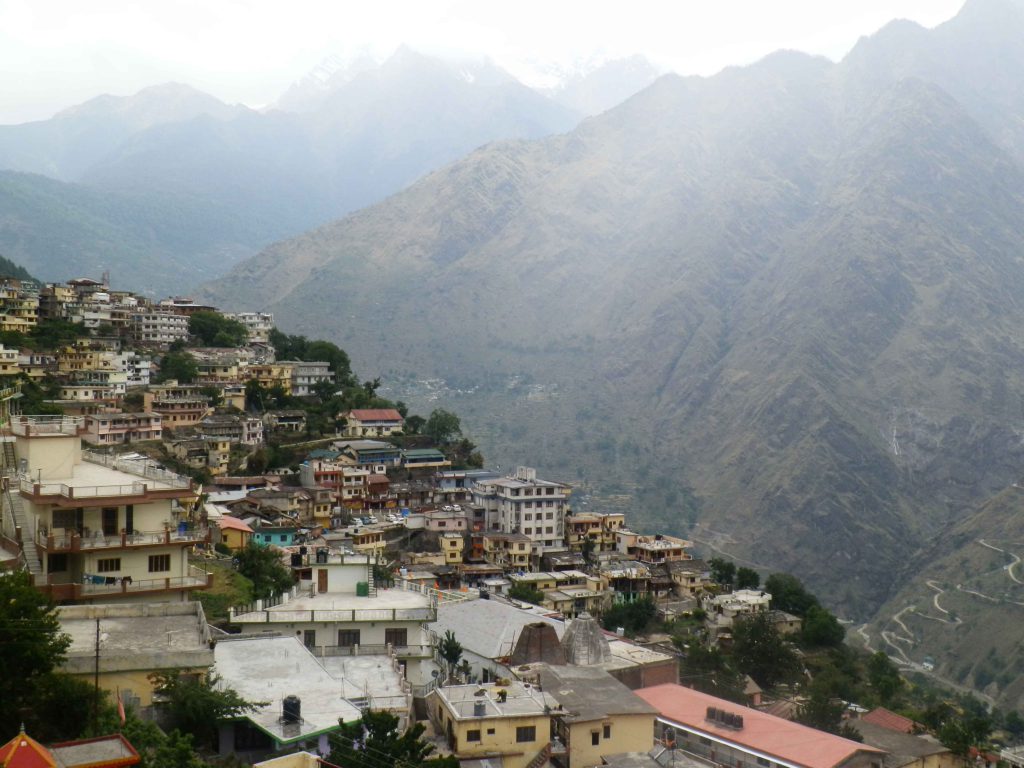 Positioned at an altitude of 2100 mtrs, Joshimath is the city that holds religious importance in Uttarakhand. Visitors visiting Auli need to visit Joshimath as it is the main junction point. Also, it plays the night halt for the pilgrims taking to Chardham pilgrimage Yatra. Pilgrims depart to Badrinath via Joshimath. Thus, it is the main Base Point to reach Badrinath.

You can find temples, Valley Of Flowers, Trekking spots nearby, Camping facilities and many more in Joshimath. It offers its major attraction i.e. temple that belong to incarnation of Lord Vishnu, Lord Narasimha. During winters, the town spreads out its sacred aura everywhere with the evolvement of Lord Badri into the town. During the cold season, the idol of Lord Badri brought down from the Badrinath Temple and settled down in Vasudev temple/Narsingh Temple.

Joshimath town derived its name from the Jyotirmath. The great Adi Guru Sri Shankaracharya established a math named Jyotirmath in 8th Century AD. The area where the math is established now carries a large Mulberry tree that is known to be 2400 years old. People in the Joshimath believed that Adi Guru had meditated on that Mulberry tree. Even today, many pilgrims approach the Guru’s seat at Mulberry tree to listen to the regular parvachan’s or holy discourse offered by the saints.

Located at an altitude of 2100 mtrs, the climate of Joshimath gets affected due to the Himalayan climate changes. The weather in the town remains pleasant from March till October beginning. The town experienced the most pleasant weather during summer from April to June. However, the rainy season pressurize the temperature to face the dip. Again the autumn season, the town experiences the pleasant weather but tourists are asked to follow precautionary measures against the cold weather during morning and night.

The best time to visit Joshimath falls between April and May and between September and November. During winter season, visitors find it hard to overcome the nail biting cold. Similarly, the rainy season makes it difficult to enjoy the beautiful view of the town.

Travelers must carry heavy winter clothes with them while travelling to Joshimath. Weather remains changing on a continuous basis. Weather changes very fast as well at hill stations. You can also expect snowfall in Joshimath in winter season and in monsoon heavy rainfall can be there. So prepare yourself with all required things before starting your adventurous travel to Joshimath.

How To Reach Joshimath?

One can reach Joshimath by air, road as well as Train. Nearest railway station for Joshimath is Dehradun and Haridwar as well. From there one can come by hiring a taxi or jeep. Easy access to this place can be done by the tourists. You can also go by road to Joshimath by Rishikesh.

By Air: Joshimath is well connected with the nearest airport named Jolly Grant Airport via motor-able roads. The airport receives daily flights from Delhi to allow easy to and fro from the place.

By Rail: Rishikesh is the nearest railway station to Joshimath that connects the other parts of India with an easy to follow railway network. Also, the buses and taxis available at the station take the visitors to other parts of Uttarakhand state.

Kalpavriksha: It is the oldest tree that holds a great significance in the history of Joshimath. It is believed that Adi Guru Shri Shankaracharya used to meditate under this tree. This tree is said to possess an age of more than 1200 years.

Auli: Located at an altitude of 3050 mtrs above sea level, Auli is the most favored spot in Uttarakhand that is renowned for being the highly popular Ski and paragliding resort. From Joshimath, people take cable car to reach Auli.

Narsingh Temple: It is an ancient temple dedicated to Lord Narsimha. He is one of the avatars of Lord Vishnu whose deity is located at the temple in Joshimath.

Activities To Do In Joshimath

Joshimath being a sacred place for Hindu is visited by many pilgrims ever year, instead of worship purpose, people do visit this beautiful place for trekking, skiing as well as camping.

Skiing: You can go to Auli for skiing certification courses. A cable car is used to move to Auli Ski resort from Joshimath. In Auli, both professionals and freshers try out the skiing sport in snow during the winter season.

Ropeway: The major attraction in Joshimath that offers a majestic view of the Himalayan Mountains. It starts from Joshimath and ends in Auli and it offers captivating view of the Himalayas from the front and in between the oak forests. After Gulmarg, it is the highest and longest ropeway in Asia.

Camping: One can easily get tents on rent in Joshimath to enjoy living in camps in night under the clear sky with friends and family. The town offers plenty of grounds to the visitors to enjoy camping with their family and friends.

Trekking: You can rejuvenate the actual beauty of valley of flowers by trekking from Joshimath town to valley of flowers. Joshimath offers the wide scope to opt for various treks. Also, in summer, people love to visit Auli meadows.

Visit temples: You can visit temples here, people used to visit Joshimath with lot of faith with them for their God. It beholds a wide coverage of some renowned temples.

Shopping: This place offers a good variety of winter stuff to all the people who want to shop here. For shopping freaks, Joshimath had a lot of interesting stuff.

From your hectic life, if you want relief and peace then you must visit this place with your family and friends. Its beauty is going to hold you and going to give you lot of memorable memories in return. You can see the charming valleys; Himalaya peaks are going to fascinates you in your whole trip in Joshimath.

Due to the COVID-19 global pandemic time, we know that you are concerned about your travel plans. We are facing exceptional challenge and cannot plan for out. If you are traveling between now and April 30th, we have new options to change or cancel your trip. We will look out for the solution or FREE CANCELLATION badges so that your booking is safe to cancel.

Should your tour plan change? Get all details about cancellation and refund process, contact us.

Due to the COVID-19 global pandemic time, we know that you are concerned about your travel plans. We are facing exceptional challenge and cannot plan for out. If you are traveling between now and April 30th, we have new options to change or cancel your trip. We will look out for the solution or FREE CANCELLATION badges so that your booking is safe to cancel.

Should your tour plan change? Get all details about cancellation and refund process, contact us.